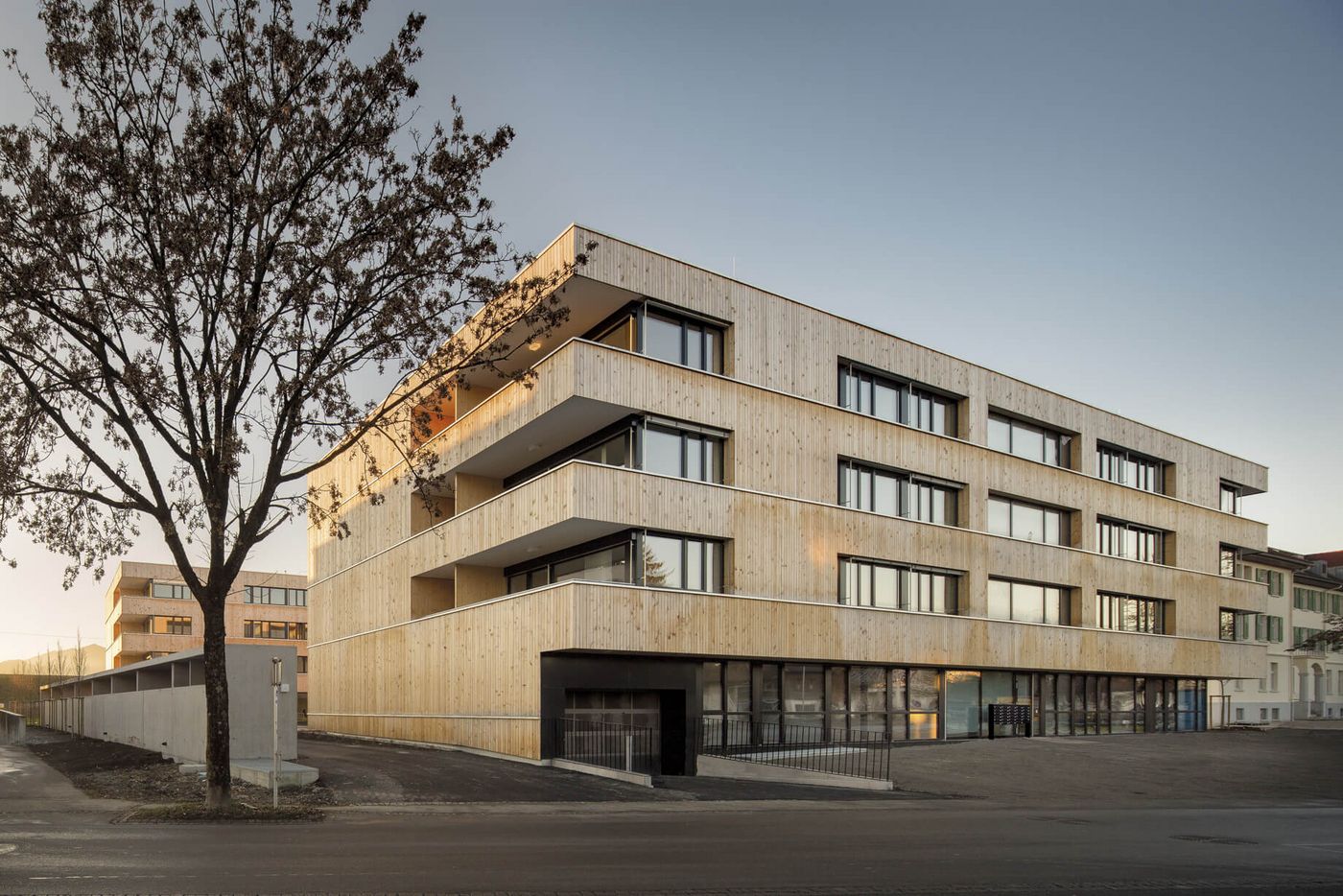 Nägele Hoch- und Tiefbau GmbH have realised a cross-generational residential construction project for VOGEWOSI, the largest non-profit housing association in Vorarlberg, on the site of a former carpentry workshop. The two building complexes house not only 47 apartments, but also the office of the Lustenauer Seniorenbörse, a doctor’s practice, physiotherapy facilities, and a local store. The motto is “affordable communal living” and it is just as popular with the younger generation as it is with single parents, families and senior citizens.

The contract for this project on the former site of the company Möbel Blatter in Lustenau was awarded at the end of 2014. The construction pit was completed in early 2015. A dewatering system was required, which presented the first major challenge for the professionals at Nägele Hoch- und Tiefbau. The underground car park and the two buildings were built in record time during the summer months. The buildings are connected by a park with trees, raised beds, and seats. Nägele Hoch- und Tiefbau was also awarded the contract for the construction of this outdoor facility and the asphalt works, and thus created an all-round aesthetically pleasing finish.

The contemporary architecture with its façade of wooden slats appeals to younger and older generations alike.

Building a home for several generations.

© PORR
Print project
Back to overview